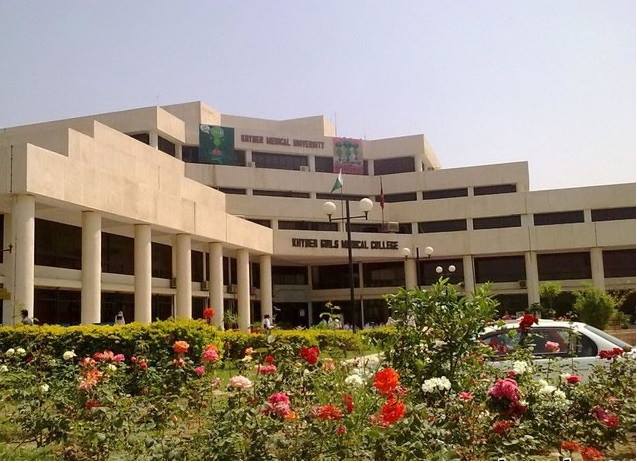 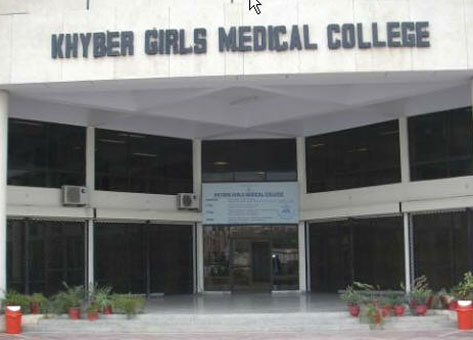 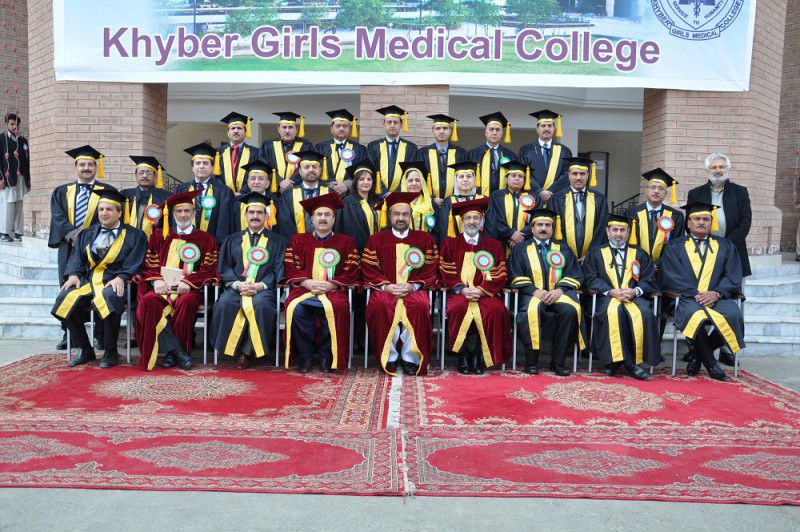 ABOUT KGMC
In Khyber Pakhtunkhwa the Medical Education is a need of the hour due to obvious social reasons, as there is great reluctance on the part of society to get the medical help for their women folk from the male doctors. Moreover, those people who can afford are a bit hesitant to send their daughters and sisters to the medical colleges with co-education. In the light of this the Khyber Girls Medical College (KGMC) will fulfill all the above social and legal requirements. Such facility already existed in Punjab with the name of Fatima Jinnah Medical College Lahore and in Sindh People University of Medical Health Sciences for Women Nawabshah where only female students are admitted. The Government of Khyber Pakhtunkhwa after lengthy deliberations took a policy decision and in August 2003, the Provincial Cabinet of the Govt. of Khyber Pakhtunkhwa (KP) took the first step in this regard by establishing of a separate Girls Campus affiliated with Khyber Medical College Peshawar (KMC) in the premises of PDA Building, Block-IV, Phase-V, Hayatabad. For this purpose, the present-day building housing the KGMC was purchased from the Govt. exchequer from PDA at a cost of Rs. 120 Million at that time.

Initially this project was launched in the name of the Girls Campus of KMC, which started functioning with the first batch of 50 students during the academic session 2004-05. From then onwards there was no looking back. It was a smooth running in the successive years and finally the Chief Minister of Khyber Pakhtunkhwa Mr. Akram Khan Durani announced the conversion of Girls Campus of KMC Peshawar as an independent medical college with the name of present “Khyber Girls Medical College” with effect from 8th December 2005. For the purpose of clinical teaching Hayatabad Medical Complex Peshawar was declared its teaching hospital. The college is recognized by Pakistan Medical and Dental Council (PM&DC) Vide Letter No. PF-7-E-2008 (Council) / 108573, dated 26th December 2008, and vide Notification No. F.3-46/2008-MER, dated 17th January 2009. The Provincial Government initially approved the creation of 159 posts of teaching and Para-medical staff to fulfill the staff requirements of Khyber Girls Medical College. Recruitment of KGMC’s teaching faculty was initially through KP Public Service Commission and now-a-days this is through the Management Council of HMC/KGMC/IKD/PICO/KICH. As this is an autonomous institution all the new postings are done after getting an NOC from Health Department and getting a resignation from their Public Service in the Health Department of Government of Khyber Pakhtunkhwa.

The present day need of a Medical College was fulfilled in the light of PM&DC guidelines through the creation of Department of Anatomy Biochemistry, Physiology, Pharmacology, Pathology, Forensic Medicine and Community Medicine with fully equipped laboratories, modern day lecture theatre facilities, dissection hall, and museums in various departments. Self-Learning Resource Center (SLRC) and a Library on International standards has been created for staff as well as the students where all the modern-day study aids like e-books and e-journals are available in addition to an extensive collection of medical books. Wi-Fi system is also available in the premises of KGMC for Students and Faculty.

Professor Dr. Zia-Ul-Islam was the founder Principal of Khyber Girls Medical College Peshawar. He managed the academic and administrative problems related to this newborn institution with extreme dedication and excellence. He was followed by a person equally worthy for his abilities named Prof. Dr. Muhammad Zubair Khan who carried the success story of KGMC to further heights and was instrumental in the procurement of land and subsequent building of Auditorium, Cafeteria, Postgraduate Medical Department and the hostels for girls students of KGMC. Prof. Dr. Abid Hussain (Principal and Dean) is crowned with holding the first ever successful convocation encompassing the four graduate batches of KGMC on February 20th, 2014. The present day Principal and Dean of the college is dynamic Prof. Dr. Noor Wazir. Moreover, there has been an extensive administrative and academic re-shuffle which has put the KGMC in the list of one of the most successful medical colleges in Public Sector Medical Education in Khyber Pakhtunkhwa in a short span of ten years. It is pertinent to note that KGMC is the only public sector medical college in Khyber Pakhtunkhwa which has also been recognized by PM&DC for the Postgraduate studies in the Basic Medical Sciences.