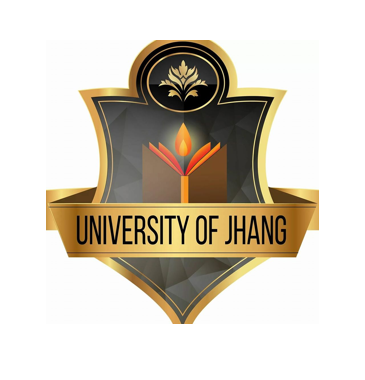 The University of Jhang (informally Jhang University) is a public university located in Jhang, Punjab, Pakistan.[1] the University of Jhang has been established by the Government, Higher Education Department under the act UNIVERSITY OF JHANG ACT 2010 (XXV OF 2010). A letter was issued by the Higher Education Department (Punjab) to the [president of (Pakistan) for the approval and establishing the University of Jhang with minimum of 200 acres land for this project. This university was promised by PMLN govt. in 2010 to the people of Jhang. It was approved in 2015 and is functional since fall 2019. Currently it is working in the building of Govt. Ghazali Degree College, Jhang but a separate land for the university is approved on Gojra-Jhang road Jhang and the construction will be started soon.

JHANG: The first session of the University of Jhang will start in September at local Ghazali College here and in the beginning classes of Computer Science, urdu and Mathematics will commence in the temporary campus of the university.

This was stated by Divisional Commissioner Asif Iqbal while presiding over a meeting in the DC Office to review arrangements to launch classes in the university.

The DC said that 2,286 kanals of land just five kilometres from the city on Gojra Road had been handed over to the university authorities for construction of purpose-oriented campus.