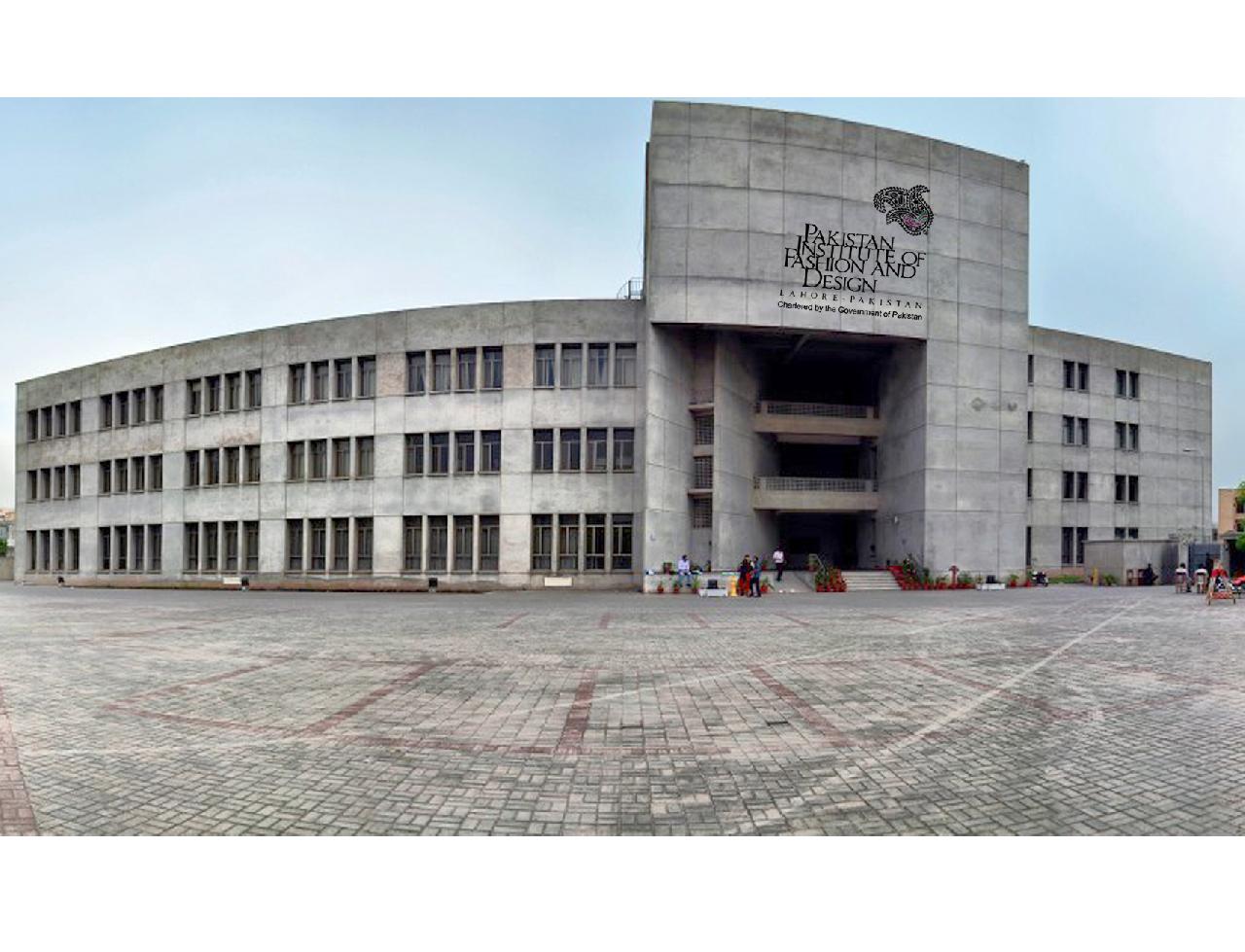 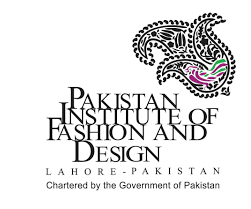 It was in 1994 that an affiliation was established with the Ecole de La Chambre Syndicale de La Couture Parisienne originally developed by the French Federation of Fashion Designers in 1927. Intensive consultations were held to draw out a comprehensive four year curriculum that would not only prepare the students for the local demands but also empower them to meet global standards. Mrs. Abbasi Akhtar, the first Principal, along with qualified faculty specially recruited from within and outside Pakistan, were involved in developing the curriculum which was thoroughly vetted for conformity with French standards of fashion design. In 2005, PSFD was affiliated with Mod’Spe Institute of Marketing, Paris established by Federation Francaise du pret-a-porter Feminin Paris in 1993, with the objective of developing curriculum and training faculty for the Fashion Marketing and Merchandising Programme.

In 2007 collaboration was established with the University College of Boras, Sweden. In 2008, it got affiliated with the Asian Institute of Gemological Sciences (AIGS), to provide requisite exposure to students and faculty of Jewellery Design and Gemological Sciences. The most significant landmark in the history of the institute is the degree awarding status through PIFD Act of 2011. The graduates completing their degree programmes will now be recognized at national and international level.

Transformation From PSFD To PIFD
Pakistan School of Fashion Design (PSFD), the premier Fashion Design Institute in Pakistan, started its humble beginning in a rented campus in 1994, as a Project of Export Promotion Bureau (EPB), Ministry of Commerce, Government of Pakistan. The Vice-Chairman EPB, late Mr. Abu Shamim M. Ariff envisioned the establishment of the first Fashion School in the country. Mr. Ismail Qureshi, the Commercial Counselor in Paris, brought Mr. Oliver Lapidus, and Lahore was chosen to be the birth place of PSFD.

Mr. Lapidus was also instrumental in the ground breaking decision by the Federation of Haute Couture, for PSFD affiliation with the leading French School, L’Ecole de la Chambre Syndicale de la Couture Paris. This initiative was implemented on ground by Mrs. Abbasi S. Akhtar, the first Principal of PSFD with the support of Madam Olga Saurat, Director, La Chambre and Ms. Shazia Wiqar, former student of La Chambre Syndicale. The faculty included Mr. Yasir Waheed, Ms. Maryse Faux, Ms. Angelika Kukla, Ms. Anila Qayum, Ms. Shama Saeed, and Mr. Philippe Germain-Vigliano. For sustainability, PSFD was very fortunate to have the support of the then Minister for Commerce, Mr. Ahmad Mukhtar, and Secretary Commerce Mr. Salman Farooqui. After 3 years, in 1996, Mrs. Naveed Shahzad took over as Principal and the first Executive Committee (EC) was established with Mr. Ismail Khurram as its Chairman. The Institute was then supported by the Chairman, EPB, Mr. Khawaja Bilal, who was responsible for renewal of affiliation with L’Ecole de la Chambre Syndicale de la Couture, Paris in 1998.

In 2001, Prof. Hina Tayyaba became the Principal and was given the task to renew the School’s affiliation with the French School. The new Director La Chambre, Mr. Francois Broca provided all out support in affiliation and improving the curriculum. The plan of establishing a purpose built campus was pushed into action with the support of then Vice-Chairman EPB, Mr. Ijaz Ahmad Qureshi, and Secretary Commerce Mr. Kamal Afsar. Financial system was introduced and implemented under the guidance of Chairman Executive Committee, Mr. Farrukh Hussain Sheikh, Mr. Pervaiz Hanif and Director General, EPB, Mr. Tariq Iqbal Puri. As chairperson of Finance Committee, Mr. Pervaiz Hanif contributed a lot in the financial set up of the Institute and getting the unqualified bi-annual audit reports by Chartered Accountants, Ministry of Commerce Auditors and Auditor General of Pakistan.

In 2003, then Minister for Commerce, Mr. Hamayun Akhtar Khan, asked the Principal to devise strategy for building a new campus for PSFD. The same year, Mr. Avais M. Hussain joined as Chairman of Executive Committee and worked closely with then Secretary Commerce, Mr. Tasneem Noorani and the Principal on their primary agenda to upgrade PSFD’s legal status and Financial Autonomy. Active and concrete support for possession of land was provided by Mr. Avais M. Hussain, Mr. Ismail Qureshi, Mr. Naved Akram Cheema, Mr. Kamran Lashari and Mr. Ikhlaq Tarar. Mr. Jehangir Tareen, went all out to get the land for the school in 2004, and it was acquired by the Institute in 2005. The same year, with the support of Deputy Chairman, Planning Commission, Mr. Akram Sheikh, the PC-1 for construction of the new campus was approved. Mr. Rana Shahzad took over as Project Director. An Implementation Committee was constituted with Director General, TDAP, Lahore, as Chairman to oversee progress of the project. As Director General, TDAP, Lahore, Mr. Haroon Rashid, Mr. Naved Arif, Mr. Agha Zafar Mehdi Shah and Mr. Muhammad Irfan Tarar have contributed to the project.

In 2005, the programme of Fashion Marketing and Merchandising was introduced in affiliation with Mod’spe Institute of Fashion Marketing, Paris. Mr. Jean-Pierre Mocho, President, Federation Francaise Du Pret a Porter Feminin, Mr. Rene Mardellet, Managing Director, Mod’spe and Mr. Jehanzeb Khan, then Commercial Counselor in France, were instrumental in the process.

In 2006, affiliation with La Chambre, Paris was renewed, and another PC-1 was made by Prof. Hina Tayyaba to introduce the concept of establishing 4 Schools having synergies with each other. Chairman EC, Mr. Avais M. Hussain, Minister for Commerce, Mr. Hamayun Akhtar Khan, Secretary Commerce, Mr. Tasneem Noorani, and Mr. Syed Asif Ali Shah fully supported the concept through to its materialization. Apart from the Ministry of Commerce, all out support was also extended by the Minister for Industries and Production, Mr. Jehangir Tareen, and CEO SMEDA, Mr. Shahab Khawaja. They invited the Institute to become part of strategic working groups, organized by Ministry of Industries and Production and supported by US Aid to work on different labour intensive sectors such as Gems and Jewellery, Furniture, Textiles, and Leather. The meetings of Trade Policy and Sector Development Groups contributed in giving concrete shape to the PC-1 for establishing 4 Schools and 6 Programmes. Mr. Shahbaz Ahmad, Economic Consultant, actively supported in giving final touches to PC-1 which was approved through the personal interest taken by then Secretary, Ministry of Commerce, Mr. Syed Asif Ali Shah and his team.

In 2008, the school was re-named as Pakistan Institute of Fashion and Design (PIFD), and assumed legal status on getting registered under the Companies Ordinance 1984. Mr. Shahzada Alam Monnoo, then Minister for Commerce, helped in smooth transition of the Institute from Project to Company.

In 2009, Minister for Commerce, Makhdoom Amin Fahim, Secretary Commerce, Mr. Salman Ghani, Chief Executive TDAP, Mr. Syed Mohibullah Shah, and Secretary TDAP, Mr. Mirza Karim Baig fully supported the Institute. Simultaneously, the tedious and time-consuming process of legislation for grant of Charter was effectively and ably negotiated by Mr. Zafar Mehmood then Secretary Cabinet. In the Standing Committee of the Parliament, Mr. Khurram Dastgir, Ms. Shereen Khan, Mr. Ishaq Dar and Mr. Haroon Akhtar Khan fully supported the Bill for grant of Charter. The passage of Bill from the Parliament and its signing by the President of Pakistan on 29th April 2011 culminated an arduous journey from School to Chartered Institute. The pursuit for excellence however continues. Lately the Ministry of Commerce entrusted PIFD and TDAP with the responsibility of establishing six Constituent Colleges throughout Pakistan. Mr. Zafar Mehmood, ex-Secretary Commerce has been the driving force behind the establishment of these constituent colleges right from the concept to materialization.

These pages cannot do justice to the individuals and organizations that supported the Institute. Organizations are not built over night or by one single individual. They are built in decades and centuries, and their credibility and sustainability owe a lot to many other individuals and groups, who work selflessly and untiringly in translating the concept into reality. In the case of PIFD, they include the faculty and staff of the Institute, and the officials of Ministry of Commerce. We also thank all those whose names have not been mentioned but who have contributed to make the Institute what it is today, and who gave it direction for tomorrow.

PIFD Vision
PIFD aims to be a specialist design institute, catering to the demands of the industry.
Its goal is to provide a comprehensive design education which focuses on the relationship between the designed product and the consumer.
It aims to be the platform from which individuals can pursue challenging career options in the field of design.
PIFD Philosophy
Pakistan Institute of Fashion and Design seeks to produce graduates who are able to combine design capability with manufacturing dexterity to create products that are functional and aesthetically appealing. It also equips the students with necessary management and marketing tools in order to promote these products in the markets around the world. PIFD endeavors to create a new generation of creative designers and highly skilled entrepreneurs to cater for the demand of the new millennium.