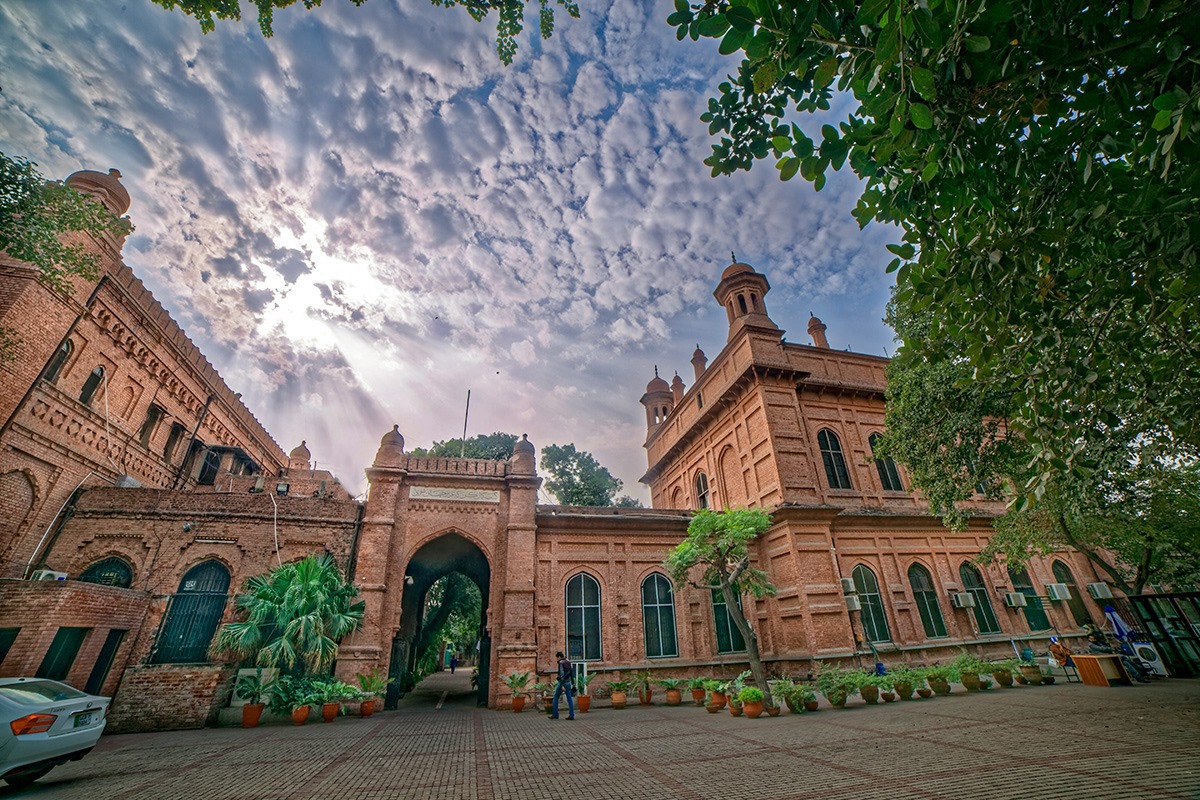 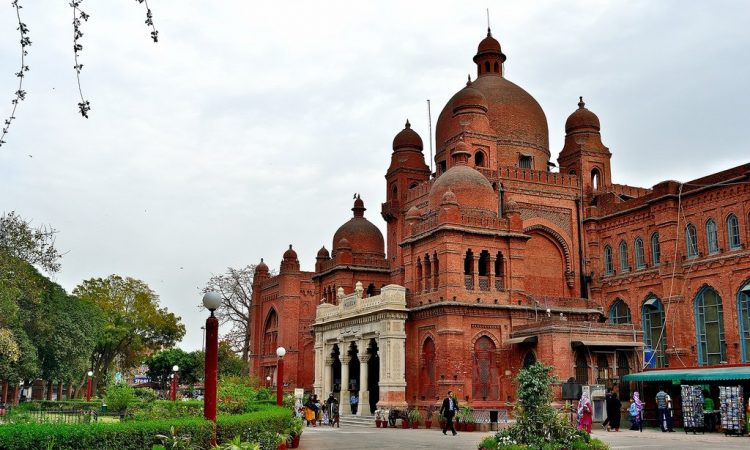 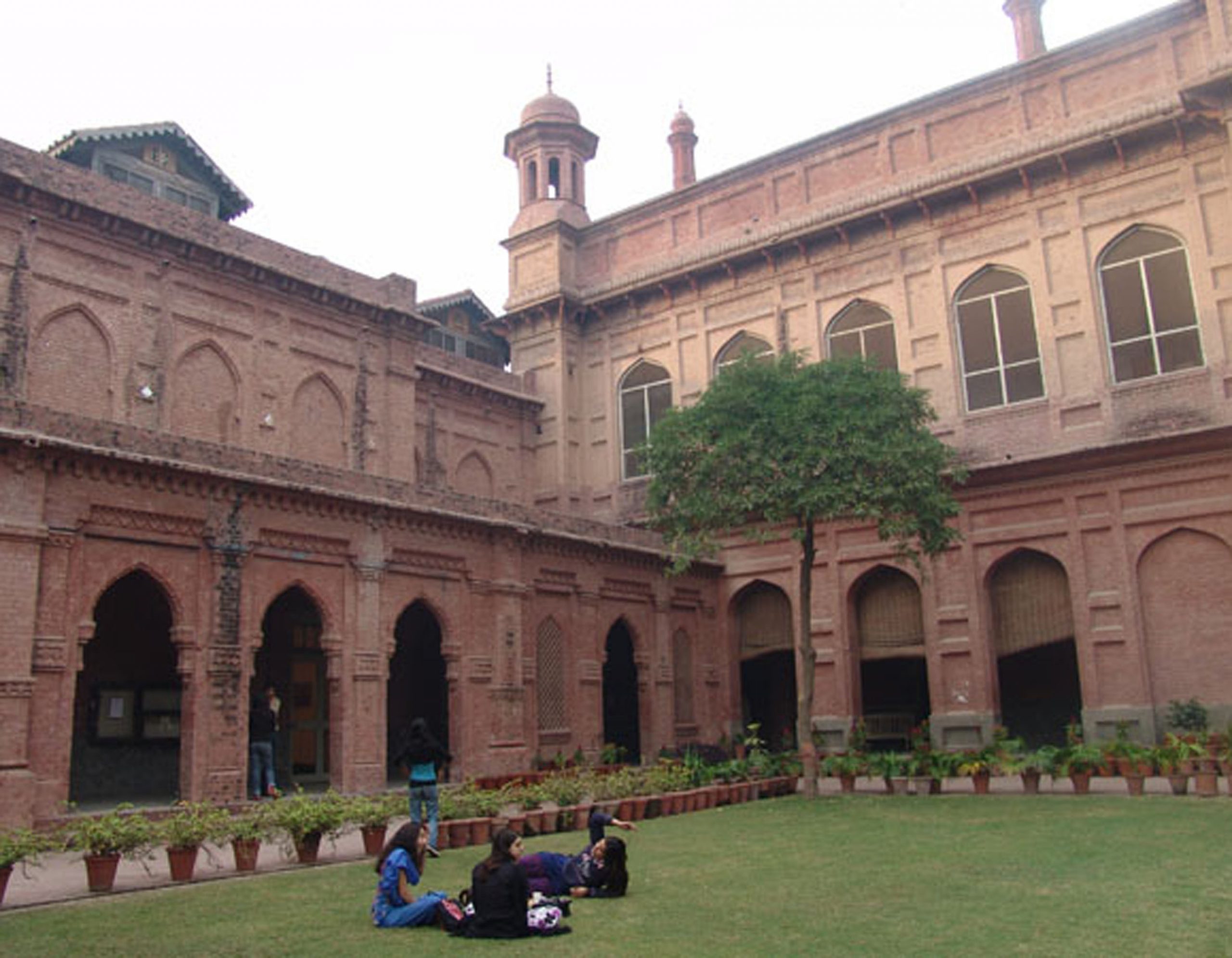 “…At the National College of Arts (NCA), we imagine a world. Not one world, but many. One for each of us, one from each of us, with these we write the autobiographies of our times, in objects, in lines, in mortar, and in perishable clay. In tracing ourselves, we leave traces. These are the traces that make our cities. Turn us inside out like pillowcases with that remembered smell, like shed skins. These are the traces that populate our nights, and from these traces we dare to dream again…”
Excerpts from NCA teacher – students conversations.

The NCA offers a number of professional undergraduate and graduate degree courses. Courses have been conceived in such a way in which the student’s unique creative and internal impetus is aligned with the requirements of the job market in an increasingly diverse world. Tradition and individual talent both form an integral part of the history for a more meaningful participation in the future. Freedom, plurality and an interdisciplinary approach allows ideas, histories, theoretical positions and technical procedures to be located within a critical space. The diversity of both the faculty and the student body ensures that no particular ideological or theoretical position is sacrosanct. Discussion, critique and research form the backbone of all the courses offered. We are unique as we draw both our faculty and our student body from a diverse cultural mix. This facilitates and allows a pluralistic culture within the College. Students benefit from exposure to a wide range of ideas, sub-cultural identities and practice drawn from often conflicting and contested geographical, socio-political and historical locales.

The visual is a language that must be learnt. The knowledge of technique and medium forms the basis of personal expression, and that innovation comes through understanding and learning of visual language. We believe that creative expression has the power to change the world. An artist is a philosopher, linguist, idealist, writer, critic, theorist and above all human at the same time.

Our students have made their mark and moved on to become pioneering professionals in a number of creative fields both locally and internationally. Professor Mark Ritter Sponenburgh, the first Principal of NCA, introduced the modern art college curriculum, in 1958. The modern movement in Pakistani art had already begun with Professor Shakir Ali, teacher and Principal at the NCA. The students of Professor Mark Ritter Sponenburgh at the NCA, spearheaded modern art education in Pakistan.

The Renaissance man Bhai Ram Singh; alumnus, faculty and principal at the Mayo School, was an architect, designer, and craftsman who in one short, inimitable lifetime discovered in himself, both a builder and a wood carver. Aitchison College, the Lahore Museum and the NCA itself bear testimony to his greatness.

The history of the NCA is bound up with the incredible legacy of personalities that have emerged from it. Nayyar Ali Dada’s eclectic expression bears much of Pakistan’s creative expression in architecture; Professor Emeritus Khalid Iqbal gave us the sensitive soul of the Punjab in painting; Zahoor ul Akhlaque the reflective artist, left behind an imperishable legacy; Mian Ijaz ul Hassan’s works of art and Mian Salahuddin the ceramist generated provocative controversies; Nayyara Noor, whose music and voice has touched the hearts of generations; Graphic Designers Niaz Ali Shah and Ahmad Khan established the technical, perceptual, theoretical peripheries of publicity and graphic design and what is now called Visual Communication Design. Professors and artists the likes of Professors Salima Hashmi, Colin David, Saeed Akhtar and Muhammad Asif trained entire generations that studied at the NCA. Such has been the contribution of others, such as Professors Kamil Khan Mumtaz, Javed Najam, Tanveer Hussain, Abdul Rehman Khan, Shehrazad Alam and Bashir Ahmed who are all pioneers in their fields. The Textile Design Department was established under the leadership of Professor Abbassi Abidi, who later on became the Principal of the NCA. The product designer Professor Qadir Bakhsh, the founding father of the department of Product Design established a venerable reputation nationally and internationally; as did Ustad Mohamed Ali with his fine woodcarvings. Shirin Pasha, the film-maker with the sensibility of a painter who founded the department of Film and TV; Professor Iqbal Hassan the eternal academic who took charge of teaching art history and headed the department that can rightly be called the intellectual backbone of studio programmes offered at the NCA.

Amongst NCA’s many contributions is the contemporary miniature painting movement, headed by Professor Bashir Ahmed. The first Musicology and Film and Television degree programmes offered in Pakistan were initiated at the NCA in 2002 and 2004 respectively. Apart from the establishment of pioneering departments, the NCA, its faculty and students have been advocates and participants of pivotal heritage and conservation projects, such as the conservation of the Lahore Fort.

The NCA library and archives section houses original documents spanning over a hundred years, as well as a continuously updated bank of contemporary publications; this makes it one of the best visual art research libraries in South Asia. The environment at the NCA is professional, creative and research oriented, and has over the years, attracted a number of professionals and educationists of calibrr from all over the world, who have come to this institution for teaching and learning. All of our faculty members are practitioners in their fields.