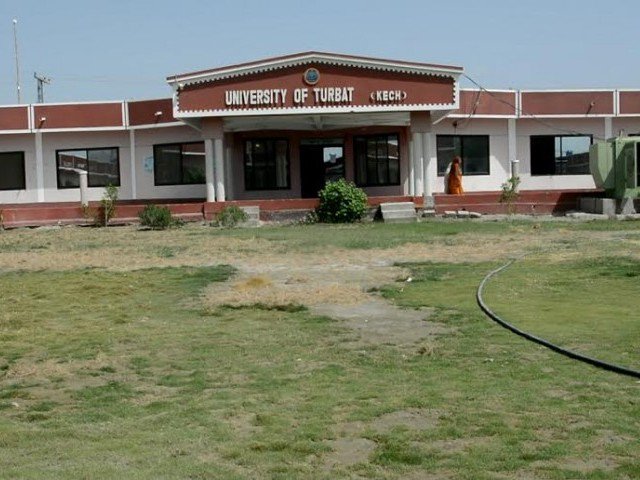 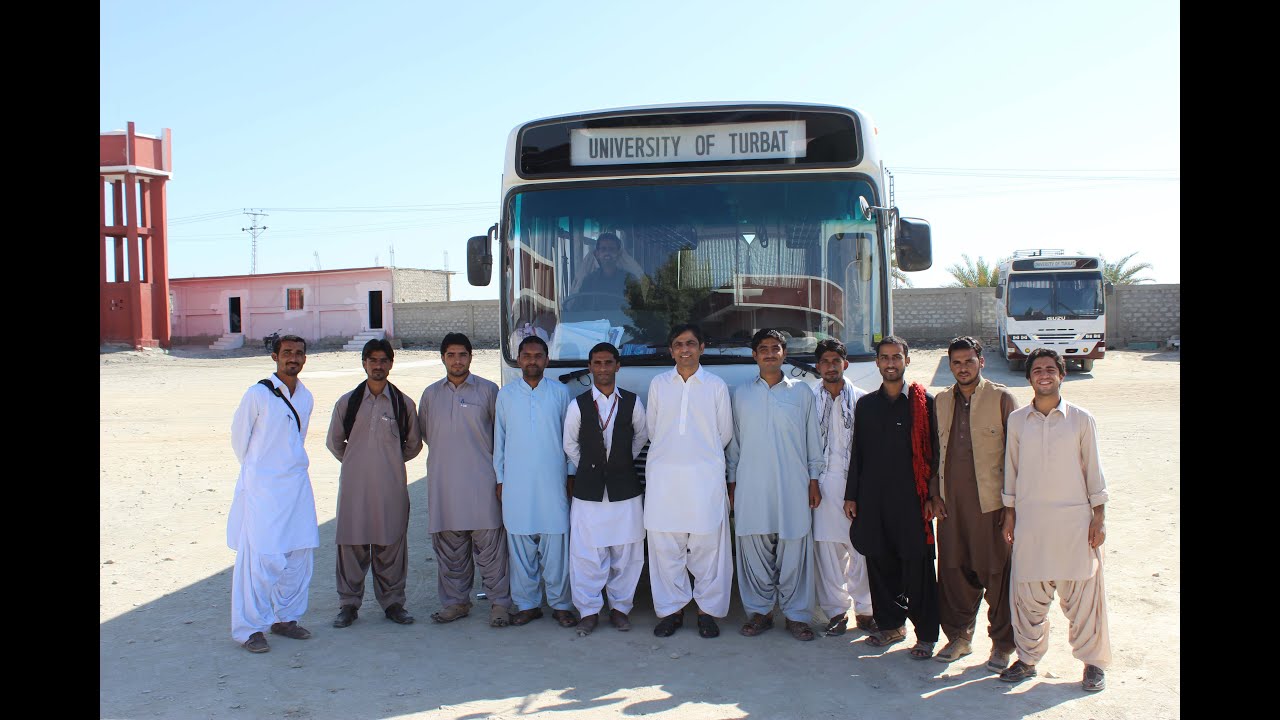 District Kech of Makran division with a population of around 15 lacs, the land of a romance legend, has always been a place of importance for its geographical location, and famous for its production of date fruit. The people of the region had always longed for a university nearby. Their dream finally materialized in the shape of an independent University in May 2013 under the University of Turbat Act 2012. This was made possible due to the zealous efforts put in by academic and administrative staff at the sub campus with the support of natives, political parties, provincial government and management of University of Balochistan.

The Project titled “Establishment of University of Turbat” was approved by ECNEC during May 2011. Although the commencement year of the Project given in the PC-I was 2011-12; however, the Project was actually started from the F/Y 2013-14 after induction of fulltime VC and other Senior officers. According to deputy project Director Kazi Kashif Baloch, almost 85% of the construction works have been completed by December 2017 in a record period of four years only and university has been shifted from rented building to its permanent building situated at M-8 Ginna area in October 2017.

Professor Doctor Abdul Razzaq Sabir and Professor Doctor Abdul Saboor Baloch took over the charge as first Vice Chancellor and Pro Vice Chancellor of University respectively. Within a short span of time Vice chancellor with the support of supremely qualified faculty members and smart working administrative staff, introduced under-graduate and post-graduate programs in various departments including Department of Management Sciences, Computer Science, Commerce, Balochi with M.Phil. courses, English, Political Science, Economics, Education, Chemistry, Bio-chemistry last but not the least department of Law. The CPEC Study Centers at main campus Turbat and Gwadar Campus are addition in the research on CPEC related subjects. The university after getting formal approval by the HEC has also started M.Phil. program in department of Chemistry and Institute of Balochi language and Culture.

In 2016 the Department of Balochi was converted into Institute of Balochi Language and Culture for the core purpose of advanced studies and research in the fields related to Balochi Language, Literature, Education, Art and Culture. Under the directorship of Prof Dr Abdul Saboor Baloch, the IBLC is working to preserve and promote the Cultural heritage of Baloch and Balochistan and to ensure its continuity by disseminating it in the younger generation. The Mullah Fazul Chair is also the integral part of the institute. Since its inception as a Sub Campus of University of Balochistan in November 2009, the program of BBA 4 years, BSCS 4 years and B.Com two years had already been introduced in the Campus. With around eighteen hundred students and 120 employees, the University of Turbat has been providing quality education and financial assistance to its students through Prime Minister’s Fee Reimbursement scheme, Balochistan Endowment Fund, HEC Need Based and merit based Scholarship, Kareem Dashti scholarship and many other merit based scholarships The passed out graduates and alumni of University are expected to play a vital role in the activities of the projects under China Pakistan Economic Corridor (CPEC) to bring about prosperity in the region.

University of Turbat believes to promote a culture of innovative and entrepreneurial, to foster and integrative thinking among students so that they could contribute in the projects of (CPEC) and could bring Pakistan towards the economic independence. Following the nonstop academic success and unfaltering achievements along with the completion of all formalities, the University of Turbat was recognized by the Higher Education Commission of Pakistan as the 158th public Sector University in the country and second public Sector General University in the province on 12th March 2014 within 10 months after switching over to a full-fledged University from a sub campus of Balochistan University. In this short span of time, University of Turbat earned a number of accolades which have been acknowledged by the people from all walks of life in the country. As many as talented and qualified 50 faculty members and scholars have been sent to different universities of Pakistan and abroad Malaysia, Thailand, Turkey, Germany and UK for M.Phil., MS, Ph.D. and MS leading to Ph.D. under the Human Resource Development Program, Aghaz e Haqooq Balochistan Scholarship and other HEC scholarships scheme.

More than dozens of them, after completion of their degree have re-joined University and rest of them are expected to rejoin the university very soon. By the year 2020 the number of Ph.D. faculty are expected to raise up-to fifty. With 70 highly committed faculty members including 10 Ph.Ds. and 17 M.Phil. and MS qualified, University of Turbat has grown to become a research led university, known for the excellence of its teaching, tradition, innovation and academic services being rendered to the people of Makran, Balochistan and other provinces as well. University of Turbat enlisted its name in the list of that successful university of the country who managed to hold its first convocation within three years of its inception. The 1st Convocation of the University of Turbat was held on March 8, 2017 at newly built University Complex near Ginna area. Governor Balochistan and Chancellor University of Turbat Muhammad Khan Achakzai presided over the 1st convocation in which 220 graduates were conferred degrees and 12 position-winning graduates were also awarded gold medals. The convocation ceremony was attended by then Chief Minister Balochistan Dr Abdul Malik Baloch as guest of honor, member election commission of Pakistan Justice (R) Shakeel Ahmed Baloch, prominent political figure Syed Ihsan Shah, Zahoor Ahmed Buledi, present and ex-members of the senate, federal and provincial Assembly, vice chancellors of different universities, officials of the civil and armed forces, local notables, educationist and representatives of the civil society and media.

University succeeded to hold the meetings of its statuary and other bodies like Syndicate five time, Academic Council seven time, Finance and Planning Committee seven time, Faculty Council two time, Board of advance study and research two time, selection board six times, as well as all important meeting of the apex body the Senate three time. Universities are recognized and acknowledged worldwide mainly by its research and publications output going hand in hand with academic development.

Research and publications have been the defining distinction of the University of Turbat ever since its establishment. Earnest efforts are consistently made to promote a vibrant research culture and provide a favorable environment to both its faculty members and students for exploration and innovative market oriented higher learning.

University of Turbat launched its very own annual Research Journal GIDROSHIA for this specific purpose while IBLC also has initiated its research journal (MEERI) recognized by the HEC. The Office of Research, Innovation, and Commercialization (ORIC) with the aim to promote and enhance research activities, providing a complete platform to the researchers and augment their research skills from working bench to a furnished product. The ORIC in UoT is striving to establish strong links with industry in order to facilitate the students for seeking internships and getting research projects for ensuring their future bright.

A bi-annual newsletter “KECH NEWS” from main campus and “ZERWAAN NEWS” from Gwadar campus are another symbol of distinction for the University. Therefore, University of Turbat is enlisted as one of those successful general Universities which have achieved the enviable feat of publishing their Annual Research Journal, Bi-annual Newsletter, Annual Report, Prospectus and Convocation Booklet in such a short span of time. This is truly a big success story for a University in such a far flung and remote area. University of Turbat, being a student centric university, is extending all possible facilities to its students for quality higher learning, research, and extracurricular activities. Having established a well-furnished and equipped computer lab with latest computers funded by Governor Balochistan Muhammad Khan Achakzai, connected with internet giving access to the major information and communication networks worldwide to enhance research culture and advanced studies within university.

A smart video conference Hall has established by HEC to connect the university with national and international institutions of higher learning. Directorate of Information Technology, the backbone of the university, is one of the paramount achievements, connected to Pakistan Education and Research Network (PERN 2) by the Higher Education Commission of Pakistan, providing Wi-Fi services to students, faculty members and administrative staff.

Besides seminar libraries in each department, university also has campus library and university public library with more than 30,000 books on different subjects, national and international research journal, publications, periodicals, and newspapers. The building of University Public Library was handed over to university of Turbat as per the directives of then Chief Minister Balochistan Dr. Abdul Malik Baloch. Directorate of Public Relations, a career counseling and student affairs cell have been established to help the students to resolve job related issues such as finding work and setting career goals.

The Quality Enhancement Cell (QEC) with the support of Quality Assurance Agency of Higher Education Commission of Pakistan is working effectively according to the needs of modern times in a changing world. Prof Dr Gul Hassan Director QEC is vested with the responsibility to ensure quality education with the futuristic mindset, encourage different academic activities, faculty training and development workshop, and preparing self-assessment report of different departments.

University of Turbat has signed a number of MOUs with leading national and international universities and educational institutions for promotion of higher learning and research skills and to exchange a framework of cooperation and facilities with the signatories. University of Turbat has plans to sign MOUs with more national and international educational institutions in future.

Many ideas and projects are in pipeline as the part of short and long term strategic plan of the University. Establishment of 4 new science and market oriented subjects, to set up another sub-campus in Panjgor, establishing school of legal education, Business administration, sending more scholars abroad for higher studies, training and refreshment courses, starting Ph.D, M.Phil., diploma and certificate programs in different disciplines, starting Chinese, English and Balochi language program, affiliation of more degree colleges and educational institutions with university, hosting national and international conferences, launching housing scheme for its employees, setting up constituent Model High School and generating revenue by its own resources are among the main mission of future roadmap of the Turbat University.