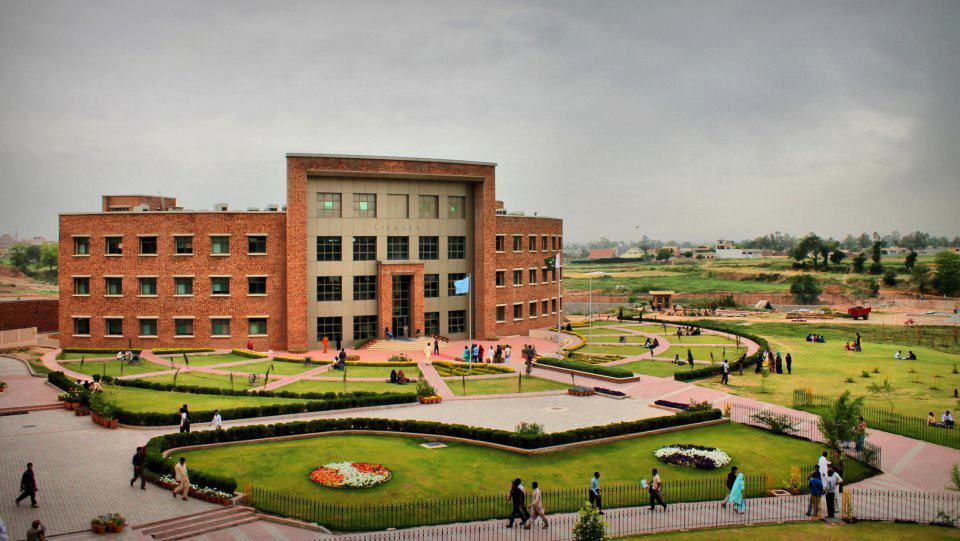 The Commission on Science and Technology for Sustainable Development in the South (COMSATS) is an international organization. It aims to reduce the ever-growing gap between the developed and developing world through useful applications of science and technology. The Third World Academy of Sciences (TWAS) initiated the proposal for the formation of COMSATS under the leadership of Nobel Laureate, Dr. Abdus Salam.

The foundation-conference of COMSATS was held at Islamabad on 4th & 5th October 1994. Representatives from thirty-six countries attended. The participants included twenty-two Ministers, members of the diplomatic community of Islamabad and representatives of international organizations, like UNESCO, UNIDO, UNEP and the World Bank.

The conference decided that the Headquarters / Secretariat of the Commission would be based permanently at Islamabad, Pakistan, and the Head of State of Pakistan would act as the first Chairperson of the forum. It was agreed that the host -Government, Pakistan, would provide for the operational and administrative expenses of the Secretariat, while the development programs of the Commission would be supported and financed through Technical Assistance Fund. This fund would be established by contribution from member countries, income from services provided to member countries, grants from international agencies and project funds, if under taken under contract.

The COMSATS University Islamabad (CUI) was established in 1998, as COMSATS Institute of Information Technology (CII), as a project of the Commission on Science and Technology for Sustainable Development in the South (COMSATS), which is an inter-governmental organization with 21 member states in three continents; Asia, Africa and Latin America, namely Bangladesh, China, Colombia, Egypt, Ghana, Iran, Jamaica, Jordan, Kazakhstan, Korea (DPRK), Nigeria, Pakistan, Philippines, Senegal, Sri Lanka, Sudan, Syria, Tanzania, Tunisia, Uganda and Zimbabwe. Then, CIIT had the status of a public sector degree awarding higher education institution and was given charter by the Federal Government in August 2000. Later, CIIT has been upgraded to a Federally Chartered University in April 2018 under the COMSATS University Islamabad Act 2018.

Vision
CUI aspires to be both one of the top research institutions and one of the best higher education providers in the country. It envisages becoming a university by the name of “COMSATS University”, for which the legal documentation is under process with the Government of Pakistan. The vision being pursued by the CUI is to become one of the top 100 universities in the developing world. The CUI further intends to earn a place among the top 500 universities of the world by the year 2020.

Mission
The Institute’s mission is threefold:

i) Research and Discovery
Generate and preserve knowledge, understanding and creativity by instigating enquiry, conducting high-quality research and promoting scholarship, that benefit students, scholars and communities across the country, the Muslim Ummah and the World, at large.

ii) Teaching and Learning
Share the knowledge, understanding and creativity by providing a broad range of educational programs among a diverse community of learners and teachers and prepare graduate, professional and undergraduate students as well as non-degree seeking students interested in continuing education and lifelong learning for active roles in competitive and culturally diverse environments.

iii) Outreach and Public Service
Extend, apply and exchange knowledge between the institute and society by applying scholarly expertise to intellectual, social and technological problems, by helping organizations and individuals respond to their changing environments, and by making the knowledge and resources created and preserved at the institute accessible to the citizens. Using the resources of its multiple campuses in an integrated fashion, the Institute vies to strengthen the services to the state through the education of a modern work force, research and development, technology commercialization and partnership with business, government and community groups