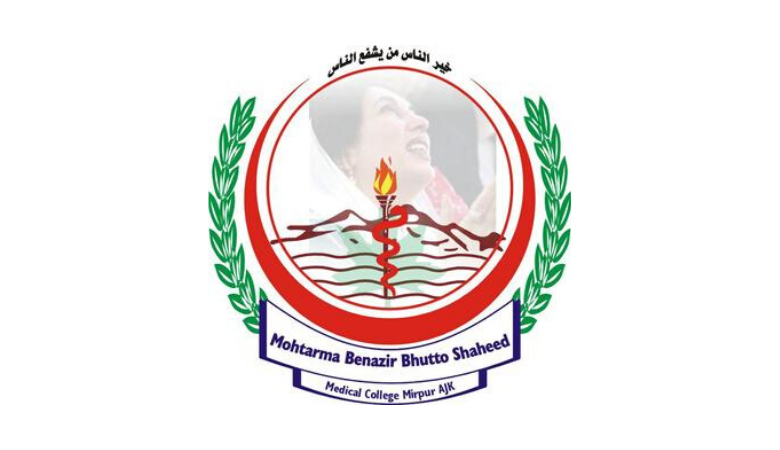 Mohtarma Benazir Bhutto Shaheed Medical College, Mirpur is one of the first two public sector medical colleges in Azad State of Jammu and Kashmir. The institution is located in an improvised built campus in Mirpur; a city in the South of the State, situated on the bank of Mangla Dam. The College is recognized by PMDC for 100 admissions. First year MBBS classes started on 31st January 2012.College bears a long history of struggle for its creation. Late Premier ZA Bhutto first announced the opening of Medical College at Mirpur in 1976; however it could not be materialized. On the consistent efforts of Ch. Abdul Majeed (now Prime Minster of AJ&K.;) Shaheed Bibi Benazir Bhutto announced the opening of Medical College at Mirpur in a public gathering at Bradford before her last departure for Pakistan.We can take pride in fact that His Excellency, Mr. Asif Ali Zardari, President Islamic Republic of Pakistan laid the foundation stone of “Mohtarma Benazir Bhutto Shaheed Medical College in Mirpur Azad Jammu Kashmir” on 5th May 2010.