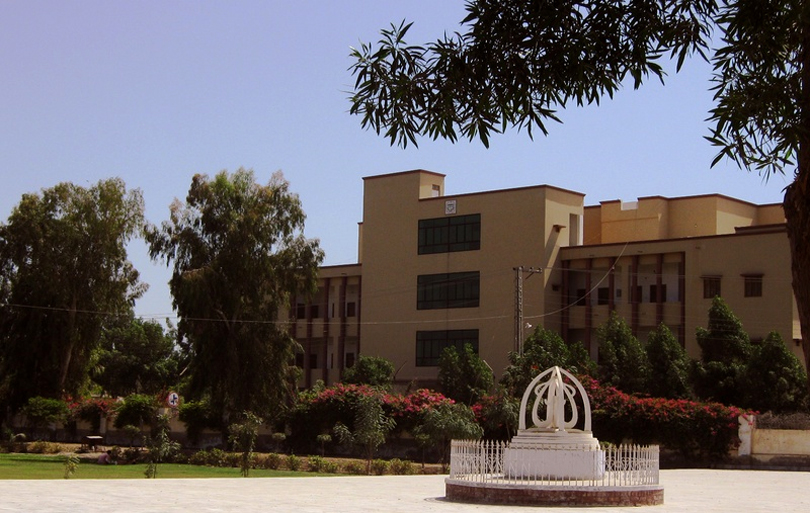 With passion vision of Shaheed Zulfiqar Ali Bhutto the premier Medical College exclusive for girls, came into existence in April 1974 at Nawabshah with the name of Peoples Medical College. About 6000 lady doctors have been graduated from this college so far.Postgraduate training in this institute started in 2004 and since than about 600 postgraduate trainees has imparted training in various specialties.
Intially this college was temporarily housed in portion of District Council High School consisting of a couple of hostels and auditorium (Latif Hall) along with the main building of Muslim Boarding House. The first batch was admitted with an approximate enrollment of attached to the college for the purpose of clinical teaching.
Peoples University of Medical & Health Sciences for Women, Nawabshah was established by act of Government of Sindh 2009 dated 21-12-2009, Governor of Sindh & Chancellor given Ascent on 10-11-2010.
Vice Chancellor, Peoples University of medical & Health Sciences for Women, was appointed on 08th January 2011.
Examination branch is established with three sections, Conduct Branch, Secret Branch & Top Secret Branch having optical maker & photocopier along with computer & printer. Now the examination is conducted by Peoples University of Medical & Health Sciences for Women, Nawabshah (SBA)
200 acres of land had been purchased 3.5 km away the outskirt of Nawabshah. The construction of wall is under process.
The Deans of Basic Medical Sciences, Medical & Allied Sciences, Surgery & Allied Sciences and Community Health Sciences were appointed on 10th March 2011.

” To produce trained women medical professionals according to international standard.

” To develop institution as a centre of excellence.

To provide state-of-art medical services to patients of Sindh and humanity at large.

” To continue to make professional education available to all those able to benefit from it, regardless of economics or social status

In achieving this mission, Peoples University of Medical & Health Sciences for Women, Nawabshah (Shaheed Benazir Abad), aims to be one of the country’s leading academic medical institutions for outstanding medical education dedicated to public service and pioneer in research and scholarship. As it pursues this goal, the institution is determined to exemplify the concept of interactive, constant and enduring partnerships embracing students, patients and the public across the country in order to effectively serve those who seek knowledge and those who wish to adopt medical profession as a career.