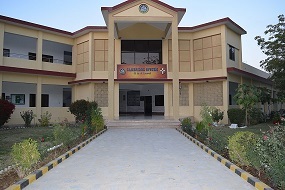 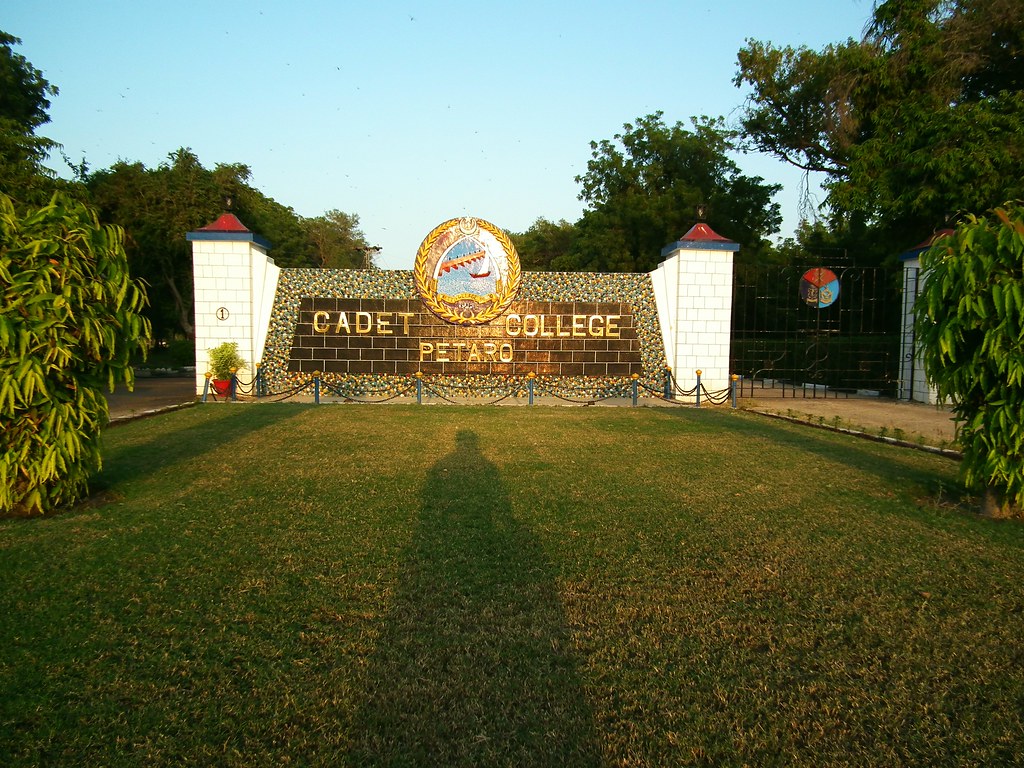 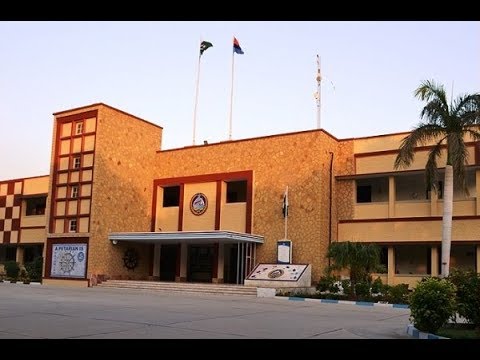 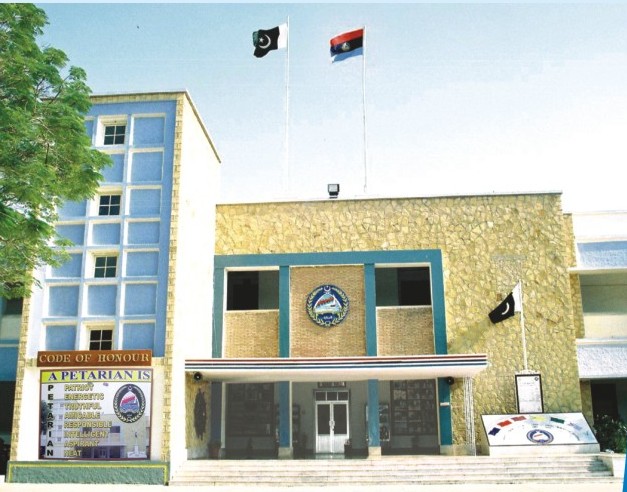 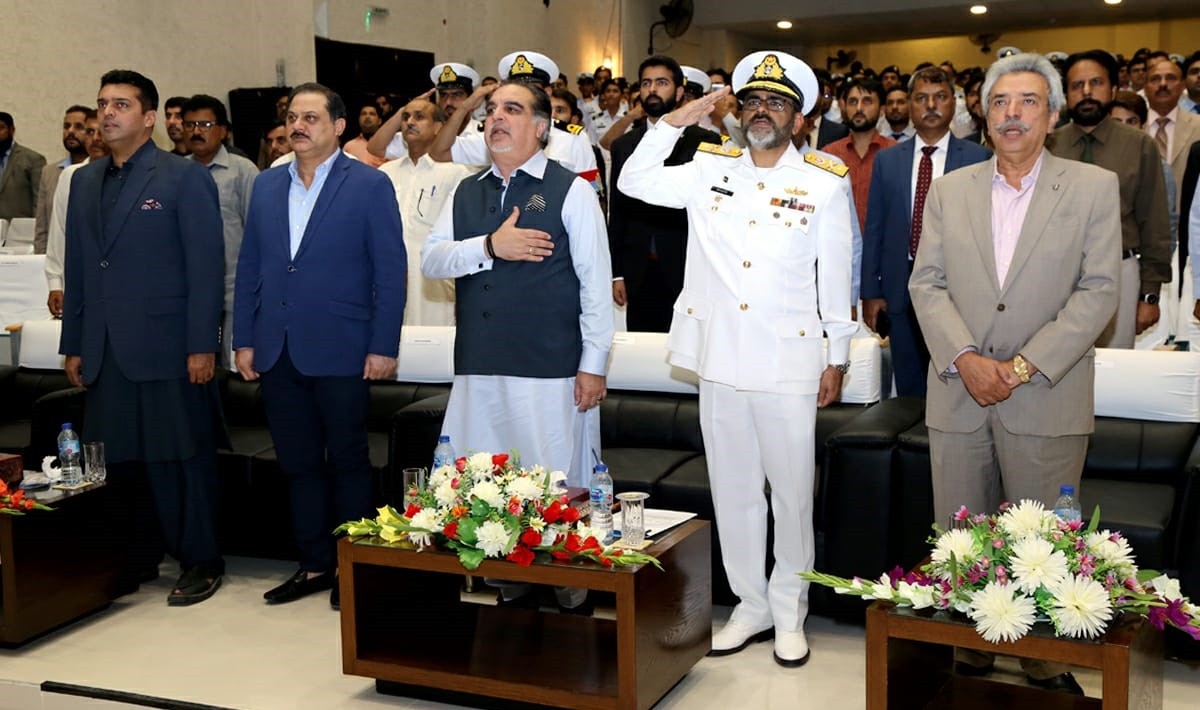 HISTORY
Cadet College Petaro was the second Cadet College in the country after Hassan Abdal to be established initially at Mirpurkhas in 1957 and shifted to its present site Petaro in 1959.

ADMINISTRATION AND FINANCING
The college is an autonomous institution administered by a Board of Governors. The Commander Karachi, an Administrative Authority of Pakistan Navy, is ex-officio Chairman of the Board. The Principal is of the rank of a Commodore and Secretary to the Board of Governors. He is responsible for the administration of the college in accordance with the rules laid down by the Board. However, the Government of Sindh is committed to provide the finances to the college for its smooth running.

MISSION
The college is tasked to train young students of Class VII to Class XII to be potential officers for the Pakistan Armed forces. Cadets, however, are free to join a career of their own choice. Military training, character building, personality development, excellence in education and inculcation of leadership qualities are essential elements of the training scheme followed at college. The college has since acquired a unique position of prestige, producing a large number of cadets who, over the years, have passed out and made a name for themselves and their Alma Mater as responsible citizens and good professionals, be it in the Army, Navy, Air force, Police, Civil services, Medicines, Engineering, Law, Agriculture, Business, Politics or any other profession that they chose to pursue. The college has thus contributed in providing quality education for the multi dimensional personality development of the students. Our promising cadets have excelled in all fields of practical life at the national level in general and in Sindh.

THE CAMPUS
The lay-out of facilities on the campus is functional and according to the best principles of town planning. The staff residences are clustered towards one end which is quite an expanse because all the staff and their families live on the campus. The seven cadet houses, their mess, the stadium and the swimming pool are all located around a large rectangular grassy field. This forms a picturesque hub of cadets living activities. The mosque and the commercial area center are flanked by the staff residences on one side and cadets living areas on the other, thus being easily accessible on both sides. The Sick-bay situated at one corner, provides easy access to the cadets and a private approach for the colony residents. Next to the swimming pool are the playing fields, riding club, the shooting range and the area reserved for gymnastics and the ISSB Village. The salient feature of the campus, however, is the college building which houses the offices, the auditorium, classrooms and the well-equipped Physics,Chemistry, Biology, English Language, Computer, ICT and General Science Laboratories.

MEDICAL FACILITIES
As already mentioned, there is a sick bay looked after by a qualified doctor and competent staff. In addition to the general treatment given to the cadets, preliminary vaccines against Typhoid, Cholera, Tetanus, Hepatitis-B are given. As and when required, cadets are referred to specialist according to their requirements. (Medical, Eye, ENT, Surgical Specialists and Dental Surgeon of the CMH Hyderabad and Liaquat Medical University of Health and Sciences Hospital at Jamshoro or Hyderabad). The expenses for such consultation / treatment are borne by parents and debited to their sons accounts.

RECREATION
(i) Besides sports, games hobbies and co-curricular activities, the cadets have been provided with TV, computer, indoor games gears and libraries in the hostels for leisure hours occupation. There is also a Recreation Club, which arranges screening of English Movies on week ends.
(ii) Excursion trips hiking, variety programs, dramas and many other activities are also organized.