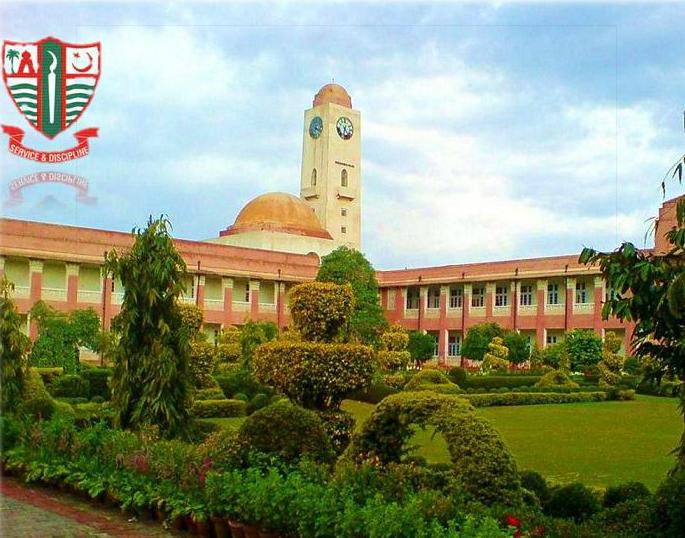 Nishtar Hospital is a teaching hospital of Nishtar Medical College, located in Multan, Pakistan. It is a tertiary care hospital, serving a large population of South Punjab, adjoining areas of Baluchistan and Khyber Pakhtunkhwa provinces.

It is named after Sardar Abdur Rab Nishtar, a Pakistan Movement activist, celebrated companion of Father of Nation Muhammad Ali Jinnah and then Governor of Punjab, Pakistan.The construction of the Nishtar Hospital block started in 1953. The basic idea and its plan was provided by Dr. M. J. Bhutta. It started functioning with 80 beds on October 1, 1953.Hospital’s total bed capacity currently stands at 1,800, which is one of the largest in the country. Hospital now has 24 departments and divisions, over 31 wards, a burn unit, an outpatient and Accident & Emergency Department, in addition to 15 operation theaters. Currently Dr. Abdur Rehman Qureshi is the Medical Superintendent of the hospital.

The idea of establishing a medical teaching institution in Multan was first forwarded by Dr. M. J. Bhutta in 1945. At that time, there was only one medical college in Punjab, that is, the King Edward Medical College in Lahore.The Muslim students ratio in the college was very low. After the formation of Pakistan on the 14th of August, 1947, Muslim doctors migrated to Pakistan, but their number was very little. This created a vacuum in the availability of medical doctors in the newly formed Muslim state. On this background, Dr. Mohammed Jamaal Bhutta and Dr. Col. Mallick were of the view that Punjab would require a second medical college on priority basis to meet the needs of the province in near future. So, Government of the Punjab took this situation very seriously. And soon,Sardar Abdul Rab Nishtar, the then Governor Punjab, made a historical announcement of establishing a modern medical college and hospital in Multan.

After that announcement, planning of the college and hospital began in which Dr. M. J. Bhutta, Mr. Inamullah Shah and Syed Ismaeil Ali Shah actively participated. Soon, Government of the Punjab gave the sanction and approved the plan. The credit of such a rapid approval must go to Sardar Abdul Rab Nishtar, Mr. Inamullah and Mr. Allauddin Arshad. The next step was to have a detailed map for the college building. Mr. Somjee, Mr. Inamullah and Dr. M. J. Bhutta worked day and night in this regard. The idea of domes and Nishtar clock tower was put forward by Dr. M. J. Bhutta and the architectural assistant respectively. Further Islamic touch was given by Mr. Somjee by providing pillars and balconies.

Foundation stone was laid on the 28th of April, 1951 by Sardar Abdul Rab Nishtar. As the construction work started, the Anatomy and Physiology departments were first to be built. In the mean while, staff and equipment was also arranged for the first batch. The inauguration ceremony was held on the 1st of October, 1951 by the then commissionerMr. Inamullah Khan. The ceremony was attended by the staff and students of the first batch. The first batchincluded a total of 52 students, delivered by Dr. Mohammed Hafeez Toosy. Then came the next year (1952) and Dr. M. J. Bhutta designed the Nishtar flag, Nishtar crest and it’s motto. The first function of the college was the celebration of the foundation stone. It was held on the 28th of April, 1952. The construction of the college continued as the first batch progressed from 1st year to the final year.

The construction of the Nishtar Hospital block started in 1953. The basic idea and it’s plan was provided by Dr. M. J. Bhutta. He had already collected many ideas during his tour of U.K. by visiting many hospitals there. Mr. Inamullah, Mr. Jamaal-ud-Din and Mr. Murat Khan also participated in the construction. On the 1st of October, 1953, Nishtar Hospital started functioning with 80 beds.

The first annual final professional M.B.B.S. examination was held in May, 1956. And uptil now, 42 badges/sessions have passed. In 1974, the college also opened the Dental Section. Further development continued with the passage of time. And the hospital block was further extended with the construction of more and more wards. Similarly, the squash and tennis courts and the swimming pool were also constructed. In the coming few years, the college will complete it’s 50 years of brilliant success in the medical field.

In the last, a few words from the extract of Dr. M. J. Bhutta’s message on the Silver Jubilee of Nishtar Medical College: “There is no end to progress. Our eyes must now be set on the Golden Jubilee of Nishtar. I hope and pray that, when that day comes, this institution will have developed into a great center, not just of medical education and medical relief but also of medical research”.