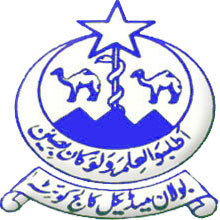 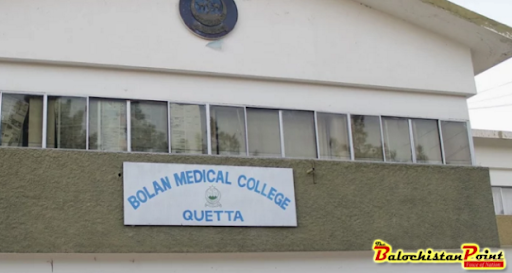 Bolan Medical College as seat of Medical Education in the Province of Balochistan has a checkered history.After partition the country was deficient in trained manpower, especially in the medical field.To fill the gap in a short period of time the Government of Pakistan decided to start Condensed Medical Courses and for that a series of Medical Schools were established in the country. Thus in 1952 Amin-u-Din Medical School was started in Balochistan. It worked for seven years and was closed as a matter of policy when it was felt that this category of Doctors were no more required and instead it was decided that more Medical Colleges to be opened to train fully qualified Doctors in the country, at the level of MBBS and beyond.

Earlier on the students from Balochistan had to seek admission in the other colleges of the country and were facing great difficulty. After Balochistan got the status of a separate Province in 1970 the people of Balochistan started demanding a Medical College of their own. In March 1971. it was agreed in principle that a Medical College will be opened in Balochistan at Quetta.

In 1972, the Government of Pakistan acceding to the demand of the people of the Province formally decided to set-up a Medical College at Quetta and agreed to run it as a Federally Funded Project.

Pending the construction of a new full-fledged Hospital and College Building, the clinical classes were started in Sandeman Provincial Hospital Quetta and the building of a para- Medical School was acquired for the College. The main building of College and Hospital (BMCH) have been completed, and are fully functional. The laboratories of the basic Departments have been equipped with most modern equipments.

Four Hostels two for Boys and two for Girls and Residence of Teaching and Ministerial staff, in reasonable number have been completed. At the moment there is accommodation for almost all the students. Thirty Three MBBS batches of students numbering 5683 have already qualified from here and the 34th batch is due to pass out. Later on BDS classes were started in 1985 and presently a fully functional Dental section of the College is working and until now 285 BDS Doctors have qualified from this institution and 17th batch is due to pass out.

For up-dating the knowledge of the Teachers and furtherance of Medical Science a Research Cell, as a branch of Pakistan Medical Research Council, is functioning since 1979 with the principal as its Honorary Director.

To make the medical education more meaningful a Programme of community oriented Medical Education has been introduced in the college from last year.Plans are under way to introduce Computer literacy classes, open a medical education Department, establish a Resource Centre, a skills laboratory and upgrading the library to meet the new challenges of the time. The board of studies of B.M.C. has recently recommended to start Diploma Courses in different specialties in Basic Medical Sciences.