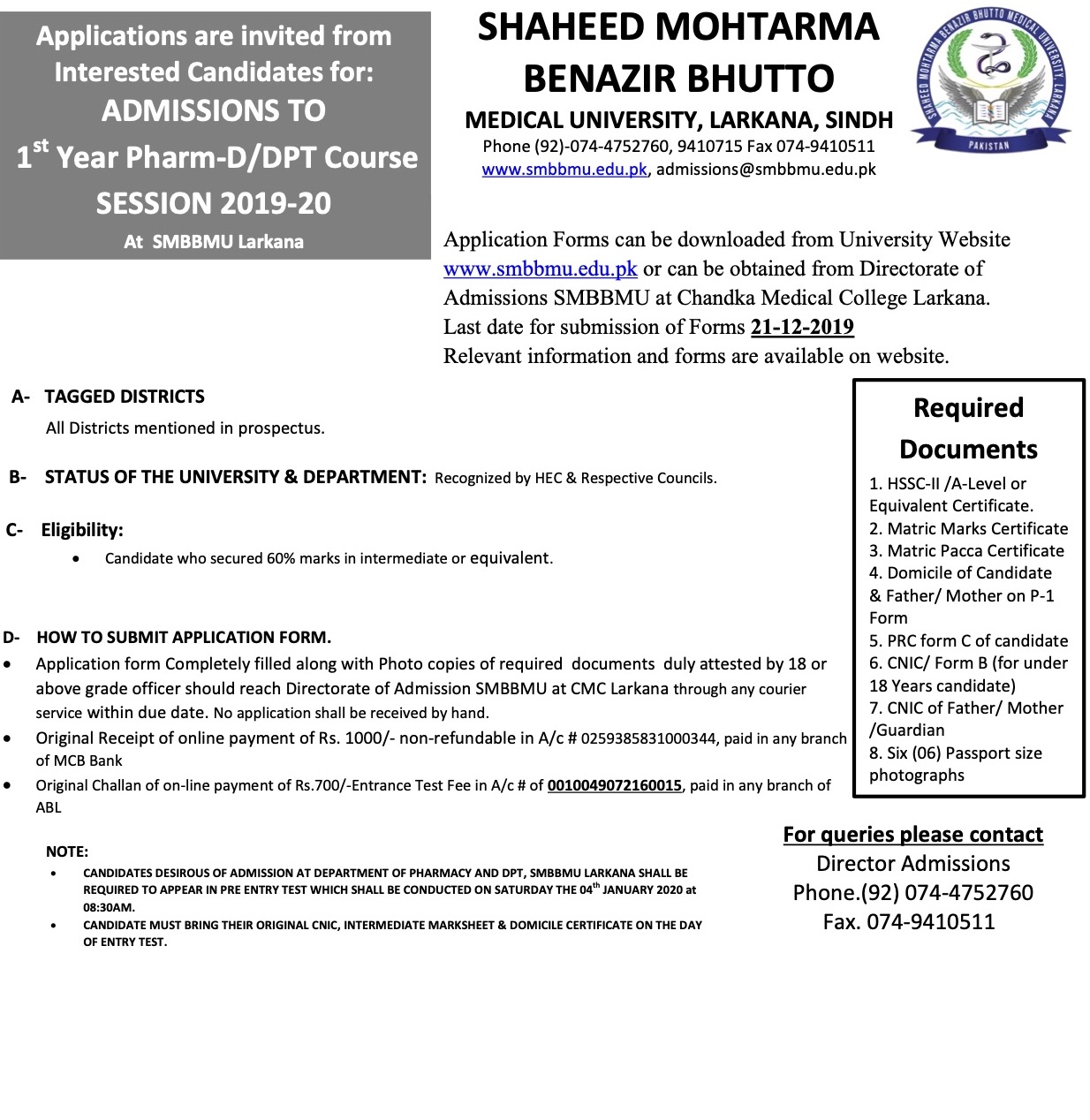 In early 1970’s there were only two Medical Colleges in Sindh, one in Karachi and other in Jamshoro. The then Prime Minster of Pakistan, Mr. Zulfiqar Ali Bhutto, who belonged to Larkana city, had the vision that there should be a Medical College in this area and announced a Medical college in the very city with the name of Chandka Medical College. The college started functioning on 20th April 1973.

SMBBMU’s vision is to be the “Premier University of Pakistan”. It strives to reflect the society in which it is situated, not only in terms of race, gender and class, but in how it structures its values and priorities and how it responds through its research to health & social needs. SMBBMU provides fertile ground for researchers and the University’s mission commits the institution to critical engagement with its society regarding Health awareness and encourages practical research that leads to socio-economic uplift of communities.

The request was fully supported and applauded by 500 graduates of CMC to which Mohtarma Benazir Bhutto Shaheed gave a knot.

Subsequently the dream, for establishing a Medical University in Larkana city, was fulfilled through an announcement by the Chief Minister of Sindh Syed Qaim Ali Shah on 12th April 2008. This announcement gave a hope to the faculty of CMC and People of Larkana for the amelioration of society.