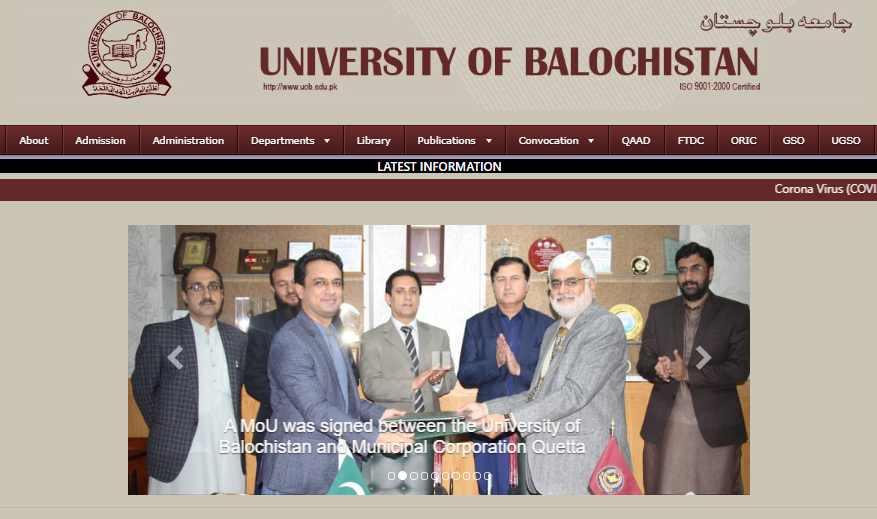 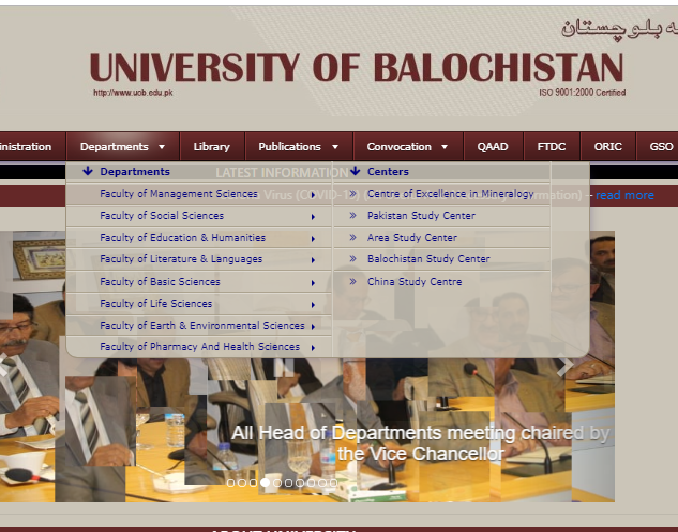 Four year BS program has only been started in different departments and likewise departments are successfully running Master’s, M.Phil and PhD degree programs. The University has shifted to semester system w.e.f.. 2017.
The current enrolment is over 14000 in different degree programs.
Admission is given to the local as well as domicile residents of the province on the following basis:-
a. Open Merit Balochistan 10%.
b. Open merit Quetta District 15%.
c. Open Merit: District other than Quetta. 75%.
d. A number of seats are also reserved for other disciplines.
The University of Balochistan campus is ISO 9001:2008 and ISO 14001:2004 certified